Skip to content
I, too, am son of a migrant from Ottoman Syria

F. Murray Abraham, the Academy Award Winner Honorary President of International Migration Film Festival: ‘I, too, am son of a migrant from Ottoman Syria’ 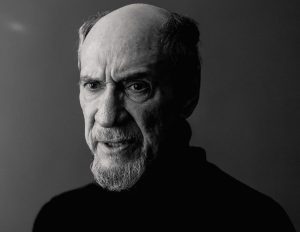 Academy Award winner Honorary President of International Migration Film Festival, critically acclaimed film and stage actor F. Murray Abraham’s parents are migrants too. As the son of a father of Assyrian descent from Syria and mother of Italian descent with 14 children, F. Murray Abraham states; “As the son of a man who migrated from Ottoman Syria to the US, I understand and identify with the issues of migration. This festival means a lot to me.”

Coming up between June 14th and 21st as the world’s most comprehensive migration themed film festival “International Migration Film Festival” has announced Academy Award winning actor F. Murray Abraham (81), who is also of Assyrian descent, to be its Honorary President. In the video message that the well-acclaimed actor sent for the press conference of the festival, which is organized under the auspices of Presidency of Republic of Turkey, by Ministry of Internal Affairs’ General Directorate of Migration Management, with the contribution of Ministry of Culture and Tourism, Abraham expressed his delightfulness for being a part of such event. “As the son of a man who migrated from Ottoman Syria to the US, I understand and identify with the issues of migration.” said F. Murray Abraham.

‘A new challenge is facing the refugees’

Underlining the fact that Turkey is the country that hosts the highest number of refugees all around the world, F. Murray Abraham continued his message as; “The Syrian refugee population alone is close to 3.6 million along with asylum seekers from other countries. And now as with the rest of the world, a new challenge is facing the refugees, stopping the spread of Covid -19. This Festival aims to promote films which tap into the Migration experience and also features films produced by, directed by, and starring immigrants and refugees. Throughout the festival we will have a great chance to explore those films and listen to several interesting and surprise guests doing Master classes and interviews. Thank you very much. This means a lot to me.”

Born in USA in 1939, F. Murray Abraham played in great cinema classics such as; All The President’s Men, Scarface and The Grand Budapest Hotel, along with TV series including Homeland and Mythic Quest: Raven’s Banquet. The film that brought Abraham to the eyes of global audience was Miloš Forman’s movie adaptation of “Amadeus”, which won the Academy Awards in 8 different categories. Playing the role of imperial court composer “Antonio Salieri’’ in iconic masterpiece of cinema history, F. Murray Abraham won the “Best Actor in a Leading Role” awards in Oscars and Golden Globe in 1984, thanks to his outstanding performance.

While F. Murray Abraham’s father was of Syrian descent, his mother was one of 14 children born to a family of Italian migrants. The famous actor uses the letter “F” in front of his name as both a nod to his father, Fahrid, and to give him a unique-sounding stage name. “The name Murray Abraham did not say anything. It was just another name. So, I have framed it,” he said.

‘Maybe we should not be afraid of these people!”

Attending a meeting on migrants in the U.S. four years ago, Abraham said: “Syrians are not the enemy. They are people in need of help. I am Syrian, too. Many of my people have made a great contribution to this country. I think we should remember this. How would you feel if you had to leave your country, or (were) forced to leave it? I mean, maybe we should give these people a helping hand for a while and not be afraid of them.”