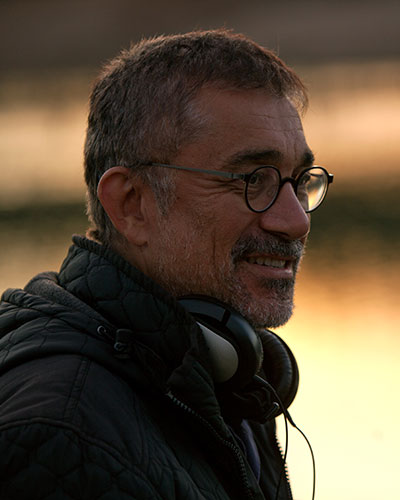 Nuri Bilge Ceylan was born in Istanbul in 1959. After graduating from the department of Electrical Engineering in Boğaziçi University, he studied Cinema in Mimar Sinan University for two years. His first short film Koza was nominated at the International Cannes Film Festival in 1995. Carrying on his career as the director of feature films Kasaba (1997), Mayıs Sıkıntısı (1999) and Uzak (2002), also referred under the title “Rural Trilogy”, he took hold of cinematography, sound design, production, editing and screenwriting as well. His last film of the trilogy, Uzak was awarded the Grand Jury Prize at the Cannes Film Festival, which earned him an international reputation. Afterwards, he made the films İklimler (2006) and Üç Maymun (2008). For his film Üç Maymun, he won the Best Director Award at the 61st Cannes Film Festival. As the director of the film Bir Zamanlar Anadolu’da, he was awarded for the second time the Grand Jury Prize at the 64th Cannes Film Festival in 2011. Later with his film Kış Uykusu he won the Golden Palm, the highest prize at the Cannes Film Festival, in 2014. In addition to cinema, he continues with his works as a photographer. 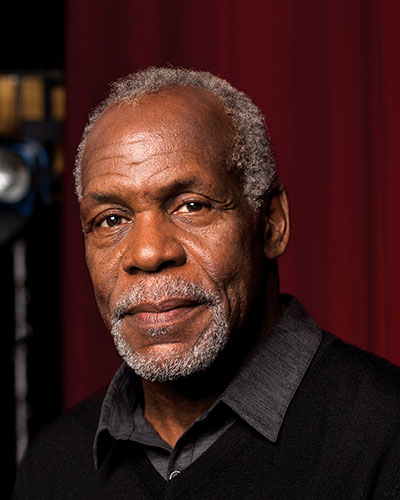 Actor, producer and humanitarian Danny Glover has been a commanding presence on screen, stage and television for more than 30 years. As an actor, his film credits range from the blockbuster Lethal Weapon franchise to smaller independent features, some of which Glover also produced.

Glover has gained respect for his wide-reaching community activism and philanthropic efforts, with a particular emphasis on advocacy for economic justice and access to health care and education programs in the United States and Africa. Internationally Glover has served as a Goodwill Ambassador for the United Nations Development Program from 1998-2004, focusing on issues of poverty, disease and economic development in Africa, Latin America and the Caribbean.

Currently Glover serves as UNICEF Ambassador and Ambassador for the United Nations International Decade for People of African Descent along with Harry Belafonte and Forrest Whittaker.

Glover recently starred in Mr. Pig which had its debut at the 2016 Sundance Film Festival and which is now on Netflix. He starred in Almost Christmas for Universal Studios, in Rage co-starring Nicolas Cage, Beyond the Lights and Complete Unknown. He also co-starred in the highly-acclaimed feature film The Old Man & The Gun with Robert Redford and in the films Proud Mary opposite Taraji P. Henson, Come Sunday and Sorry to Bother You. Glover also had a pivotal role in the Critically-acclaimed Last Black Man in San Francisco.
Most recently Glover appeared in the Sony Pictures box office hit Jumanji: Welcome to The Jungle. 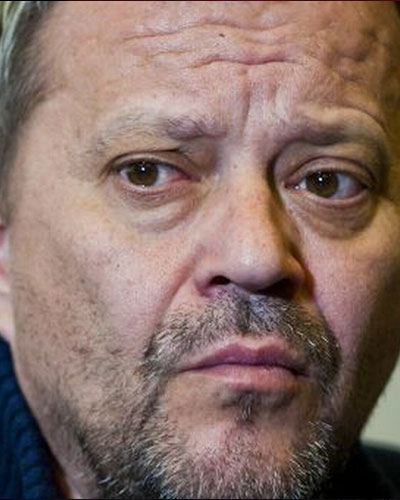 He enrolled in the Academy of Performing Arts in Sarajevo in 1982, in the class of professor docent Emir Kusturica, and graduated in 1986. After obtaining the diploma he lives and works in Sarajevo. In his artistic work he played in 63 feature films and has won numerous awards for many of the portrayed roles. In 25 years of active work in theatre, film and other media he performed over 100 different roles and realized 40 theatre premieres. He played in more than 2500 theatre performances in front of the lice audience. The films where he acted in have won prestigious international awards at numerous film festivals. He worked in film projects all over the region, and only in the Republic of Croatia he worked in 12 feature films. For his accomplishments and work he received 15 international film awards.

Apart from his artistic personality, he also worked as a professor at the Academy of drama arts in Tuzla from 1998 to 2005 and he was a Minister of Sport and Culture of Sarajevo Canton from 2007 to 2011.

He is the author of four independent projects he wrote, directed and acted in. With his independent projects “THE YEARS OF DECEPTION”, “BEHIND THE DREAM”, “TARIK IS NOT PART OF THE DEAL” and “KIYAMET DAY”, along with some other projects he travelled all around the globe and performed in New York, Chicago, Paris, Berlin, London, Salzburg, Detroit, Toronto, Copenhagen, Stockholm, San Francisco, Seattle, Dallas, Boston, Sydney, Melbourne, Zurich, Munich, Goteborg, Canberra, Oslo, Amsterdam and many other cities around the world.

His works are being translated in Turkish, Catalonian and Slovenian languages. 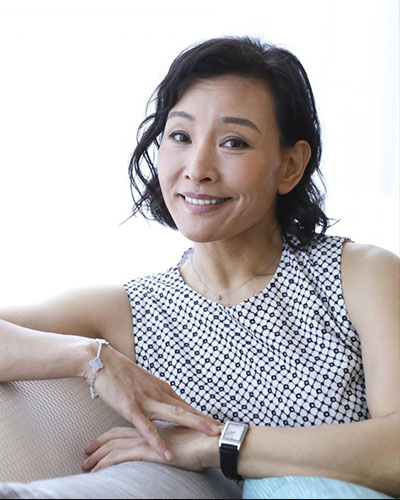 Chinese – American actress, film director, screenwriter, and film producer Joan Chen was born into a family of doctors and educated in China at the Shanghai Film Academy and the Shanghai Institute of Foreign Languages.

Joan Chen was discovered by veteran Chinese director Jin Xie while observing a filming with a school group. Her performance in Xiao hua / The Little Flower won China’s Best Actress award, and resulted in the Chinese press dubbing her The Elizabeth Taylor of China for having achieved top stardom while still in her teen years. After this successful start, she was in several films in China, including Hearts for the Motherland and Awakening.

At the age of 20, Chen moved to America to attend college, first at the State University of New York at New Paltz, later at California State University at Northridge. She made a succession of small parts in movies and T.V., with her first break coming in 1986 when, in true Hollywood legend, producer Dino De Laurentiis noticed her in the parking lot of Lorimar Studios and cast her in Tai-Pan. The film bombed, but it led to her being cast as the ill-fated Empress in Bernardo Bertolucci’s The Last Emperor, which won critical acclaim. This, and her role as enigmatic mill owner Josie Packard in the cult TV series Twin Peaks, are her best-known roles in Europe and North America. However, Hollywood’s practice of type-casting East Asians has led to a dearth of major roles for
Chen since then, and in recent roles, she has often been cast as a villainess.

After taking a few years off to start a family, Joan returned to the screen in important supporting roles playing women in early middle age, such as the mother of a principal adult character. As a result, her career is flourishing again on both sides of the Pacific. Her two directing efforts were well-received critically, and in a 2008 interview she revealed she planned to direct again but was putting that off until her daughters were grown, since directing took her away from them too much, whereas acting could be done on a part-time basis. 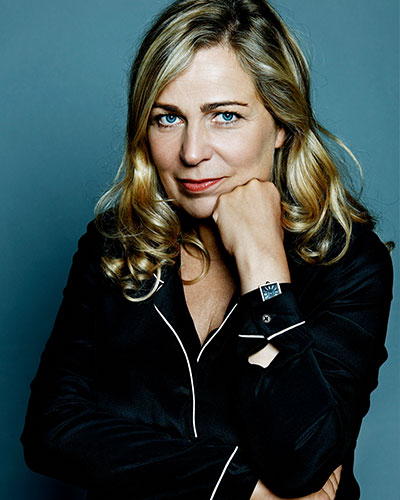 Lone Scherfig is one of Denmark’s most celebrated writer/directors of her generation. She was born in Copenhagen in 1959 and trained at the Danish Film Academy. From the very beginning of her career, she has demonstrated her skill in conveying, in a subtle and
humorous way, the tragedy and madness of ordinary people’s lives.

Scherfig has also directed a number of episodes of various successful Danish television series, including Flemming og Berit (1994), Taxa (1999), and Morten Korch (2000), as well as two episodes of the American TV series The Astronaut Wives Club (2015).

She has received Nordic Flair Award. (2019) for her inspiring work, spanning over three decades in Scandinavia and abroad. 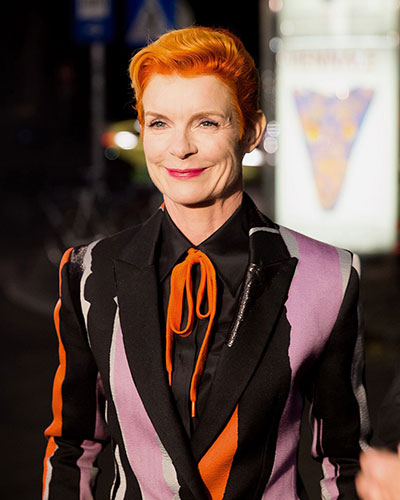 Powell was born in London in 1960, and grew up in Brixton and ClaphamPowell learned to sew from her mother on a Singer sewing machine, drew pictures of clothes, designed and made outfits for her dolls, and started making her own clothes from a young age. She also developed an interest in film and theatre from an early age.

Powell attended Sydenham High School, and in 1978 she completed an art foundation course at Saint Martin’s School of Art, where she became acquainted with Lea Anderson, who later became a dancer and choreographer as well as Powell’s collaborator. In 1979, Powell began a BA in theatre design at the Central School of Art and Design, but left after two years before completing her degree and started working for fringe theatre companies.
Her career began after dancer and choreographer Lindsay Kemp commissioned her to design and make the costumes for his show about the ballet dancer Nijinsky. She went on to work in film after she was mentored by the director Derek Jarman. 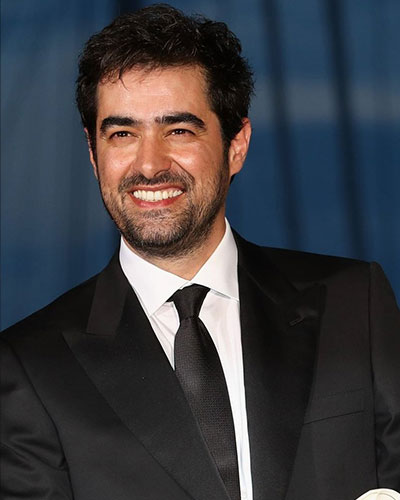 Born on 3 February 1974 in Iran, he is a cinema, TV and stage actor and also a director. Internationally, he is known for collaborations with Iranian screenwriter and director Asghar Farhadi in About Elly (2008), A Separation (2011) and The Salesman (2016). He was the lead actor in two of the Iranian films that won the Oscar for Best Foreign Language Film. He has won the Silver Bear for Best Actor for ‘A Separation’ together with the male cast in 61st Berlin International Film Festival, and the Best Actor Award at Cannes Film Festival 2016, for his role in The Salesman. Shahab Hosseini won the Crystal Simorgh for his role in ‘Superstar’ in 2009. In 2013 he made his debut as a director. In 2020 Shahab Hosseini was awarded France’s Chevalier of Legion of Honor Medal for his lifetime achievement in art and culture.