Minister of Interior Süleyman Soylu: International Migration Film Festival will give the world a chance to empathize with “each other”

We make a mistake by talking about the drama all the time.
Now, it’s time to show the graces of migration.

Organized by Ministry of Internal Affairs, General Directorate of Migration Management to take place June 14-21, the press conference of International Migration Film Festival was held online with the participation of Minister of Interior, Süleyman Soylu. Regarding to the “world’s first borderless thematic film festival” which is organized under the auspices of Presidency of Republic of Turkey with the contribution of Ministry of Culture and Tourism, Minister of Interior Süleyman Soylu addressed as follows; “Today, we have migration. Although, the migration was always there. It’s in the language, in the minds, in culture, in words, in love. In the last couple of years, unfortunately we found ourselves only talking about the dramas, tragedies, challenges and heartbreaks of migration. These many migrants were born, those many got arrested and those many were sent back… But, there’s life there. And actually, we terrify ourselves. For thousands of years, we’ve been advising not to open our doors to migrating people, not to see them, not to hear them. I guess we’ve been making a mistake.” 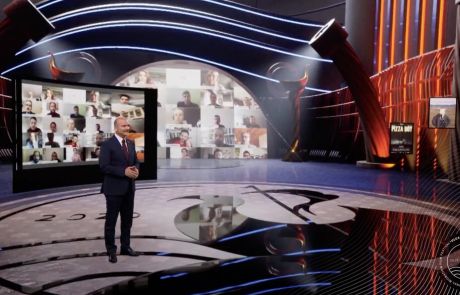 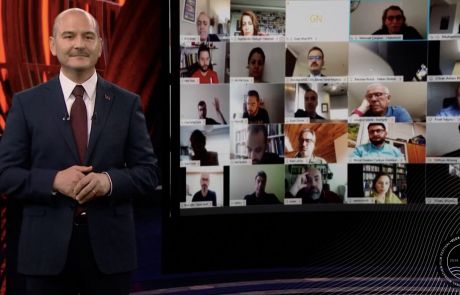 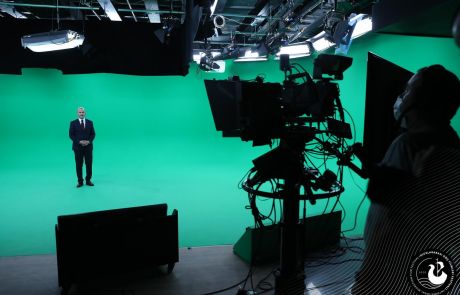 “Through art, we will show its contribution to our lives”

“Now it’s time to show grace of migration, to talk about its contributions to our lives and to remember the spirit of migration.” said the Minister of Interior Süleyman Soylu and continued his words as; “It’s also about time we show the world the feeling and art of migration and how it brings people together; how it enrichens the civilizations. Seeing that the migration exists for thousands of years, seeing that it contributes to our lives, then let’s put the dramas and sorrows of migration aside and show the graces of migration, tell its contributions to culture and art, through art. As we organize the International Migration Film Festival, we had in our minds; since Carchemish, one of the destinations of Gilgamesh is located in Turkey, since Noah’s Ark is said to be on our mountain, since the grotto of Rome’s Seven Sleepers is in this land, since the story of migration departed from Asia, Africa and Middle East and came together in Turkey, then we shall take the first step. This festival will help the world to discover its own richness through migration.”

Underlining the fact that the migration is not an issue specific to Middle East and Asia, Minister Soylu continued his speech as; “Inside the boats we stop in the Aegean Sea, we find citizens from African countries that we don’t even know they exist. Another migration tragedy is taking place in South America. Existing throughout the history, migration has labeled 21st century as a different characteristic. Migration is not a concept that can be dealt solely with passport and residency permits. It’s not an issue that can be solved by arresting illegal migrants or by putting in a few mechanical regulations. At this specific juncture, 21st century civilization failed the test. Above everything else, human lives are in question here.”

“I watched the movie Naim in tears”

Minister Soylu also stated in his speech, that ranging from engineers to artists, citizenship has been conferred to qualified migrants, who would provide added value to Turkey. In the end of his speech, Minister Soylu shared that he watched with his wife the movie that shows the life and migration story of Bulgarian migrant Naim Süleymanoğlu, in tears.

Festival’s Honorary President, Hollywood’s greatly esteemed Academy and Golden Globes awarded actor F. Murray Abraham expressed his immense gratitude for becoming a part of such festival through a video recording message: “As the son of a man who migrated from Ottoman Syria to the US, I understand and identify with the issues of Migration. Turkey is the country that is hosting the largest number of refugees in the world. The Syrian refugee population alone is close to 3.6 million along with asylum seekers from other countries. And now as with the rest of the world, a new challenge is facing the refugees; stopping the spread of Covid -19. This Festival aims to promote films which tap into the Migration experience and also features films produced by, directed by, and starring immigrants and refugees. So, let’s take a little time off to check out some provocative films, and listen to several interesting and surprise guests doing Master classes and interviews. Thank you very much. This means so much to me.”

Tuba Büyüküstün:
“Migration will be better understood with this festival”

Being one of UNICEF’s Goodwill Ambassadors, Tuba Büyüküstün expressed in her video message that UNICEF Short Film Award of the festival has a remarkable meaning in a time like this. Büyüküstün;
“Children are the ones who are effected the most from migration all around the world. Teared off from their homes, they find themselves in a country that they are alien to its culture, to its language and they got forced to adopt themselves to this place. This leave a damaging effect in their development. I believe that this festival will play a role in helping this issue to become more understood, talked more and discussed more.